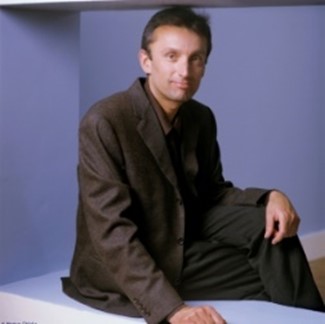 recitals throughout the UK including Wigmore Hall, Edinburgh and Aldeburgh festivals and extensively in Europe. He studied at the Moscow Conservatoire and returns to perform concertos and recitals and lead chamber music courses in the former Soviet Union every year. He has given concerto performances with the English and Scottish Chamber Orchestras and Moscow Symphony Orchestra in venues including the Royal Albert Hall, Royal Opera House, Covent Garden, Symphony Hall, Birmingham and the Great Hall of the Moscow Conservatoire.

He is a member of the Barbican Piano Trio which has recently celebrated its thirtieth anniversary and performs regularly at Festivals and important concert series in the UK and throughout Europe and the USA. The Trio has a repertoire that consists of over seventy works and an impressive discography.

James teaches at the Royal Welsh College of Music and Drama, Royal Holloway, University of London and Eton College. He is an Honorary Professor of the Rachmaninov Institute in Tambov, Russia, and serves on the juries of many International competitions, most recently in Russia, Latvia, Romania and Slovenia.

He has been an ABRSM examiner since 1998 and has worked in Hong Kong, Singapore, China and many European countries and recorded the demonstration CD for the Piano Exams syllabus for many years and he is an adjudicator member of the British and International Federation of Festivals.